The History of Eating Oysters

Oysters and humans have a relationship that goes way back. For a very long time the reason why humans first started eating oysters, and when this first happened, was a total mystery. Oysters are not an obvious source of food, but once they were discovered, they became a delicacy and their reputation as a healthy and luxurious treat has only boosted their popularity. Despite this, they have maintained a cult following. Oyster eaters in 2018 are a passionate bunch, they read magazines about oysters, contribute to online blogs and even travel around the country sampling different types of oysters at various annual oyster festivals. These festivals themselves are growing in popularity as more and more people show up to see what all the fuss is about. They themselves then tell their friends and the festivals grow every year.

Oysters, the marmite of the mollusc world

But what is it about an oyster that captivates people like this? After all most people’s views on oysters are often polarized with some people adoring them and others hating them, they do seem to be the marmite of the mollusc world. But then again those in loving them camp are becoming legion so what really is going on? Commenting on oysters during the 18th century, satirist Jonathan Swift said, “He was a bold man that ate the first oyster”. Swift was, of course, meaning that oysters are not immediately appealing upon first glance, in fact, their jagged shells and tendency to snap shut when threatened can actually make them look rather intimidating rather than potentially delicious.

However, this “bold man” Swift mentioned may actually have been discovered in a cave in South Africa by a group of archaeologists. The find itself was mind-blowing. The cave itself contained human remains from over 160,000 years ago along with fossilized oyster remains and other remnants of shellfish. The discovery added more evidence to the theory that humans have eaten oysters since the Neolithic period, something that was already suspected. The find also may pinpoint a moment in human history where culture itself started to develop. Did these early humans eat oysters simply for survival? Or did they simply a more advanced palette than their peers?

Whatever the case, oysters have always been considered as a luxury food item throughout history. While perceptions are changing today, this is firmly rooted in peoples attitudes when asking them if they have tried oysters. “I can’t afford things like that” or “that’s too posh for me” maybe some standard responses heard when asking someone if they have tried oysters. Even the ancient Greeks and the Romans were known to enjoy oysters if they could afford them. However, oysters have been essential in supporting working peoples diets in the west in the past century. Oysters have been a very important cuisine in the development of major world cities like London and New York.

Popular with the working class

They were particularly important in New York during the 19th century. They were an important part of the working class dock workers diet (due to all their health benefits and the ease of which they were available) and eventually became influential in the restaurant trade when they boomed in popularity.

New York’s professional fisherman and oysterman soon became very skilled and proficient at locating and cultivating oysters. Their skills became more and more in demand as more people took up the trade and eventually the supply started to dwindle. In an effort to increase the supply of oysters, different species of them were introduced to the surrounding waters. This didn’t go well as the new species carried bacteria that spread through the oyster beds killing many of the native oysters. This created a scarcity that still continues to this day. Naturally, this increased the value of oysters, contributing to their reputation as a high-class delicacy.

The above story or similar versions of it have been seen all over the world from the Mediterranean to the UK. London and Whitstable in the UK have a long history with oyster farming, and the supply and demand of oysters have mirrored that of what happened in New York, and this is why oysters have been considered such a treat. Today though new oyster beds have been discovered and they are once again becoming affordable and abundant, instead of a delicacy for the affluent only. Today oysters can be bought from the supermarket in tins, ordered online from specialists here: https://www.aoseafood.co.uk/buy/oysters/ and appear in more recipes that can be counted.

Oysters are now becoming all the rage, oyster festivals are popping up all over America, Europe and the UK and the 5th of August is considered National Oyster Day in the United States, although it appears National Oyster Day may soon become International Oyster Day as their popularity increases. As we are also living in a very health conscious time, the various amounts of benefits in oysters are starting to catch people’s attention. Oysters are incredibly rich in vitamin C, and zinc & they are considered one the healthiest foods on the planet. While the concept of a ‘superfood’ may have been debunked as simply marketing lingo, oysters are one of the closest things to it being real. Oysters also have several other benefits, which are well worth looking into!

In the UK oyster festivals of various sizes and scope are appearing. From large weekend cooking events attended by celebrity chefs and the media to smaller more modest affairs taking place in restaurants and pubs across the country. Different oyster lovers all have different views on what’s the best way to eat and serve them. For years oysters have been associated with different alcoholic drinks like absinthe, beer and wine. Some of these recipes are ancient, and it’s almost rude not to give them all a try when looking for a new favourite treat! There is also no need to break the bank like many used to fear was the case. Oysters are affordable, delicious, healthily and if the last 160,000 years are anything to go by, oysters are here to stay. 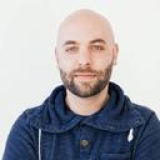